An acoustic model of the auditorium at the Janáček Culture Centre arrived in Brno today. The unique model, of a scale of 1:10, will test the sound parameters of the project. 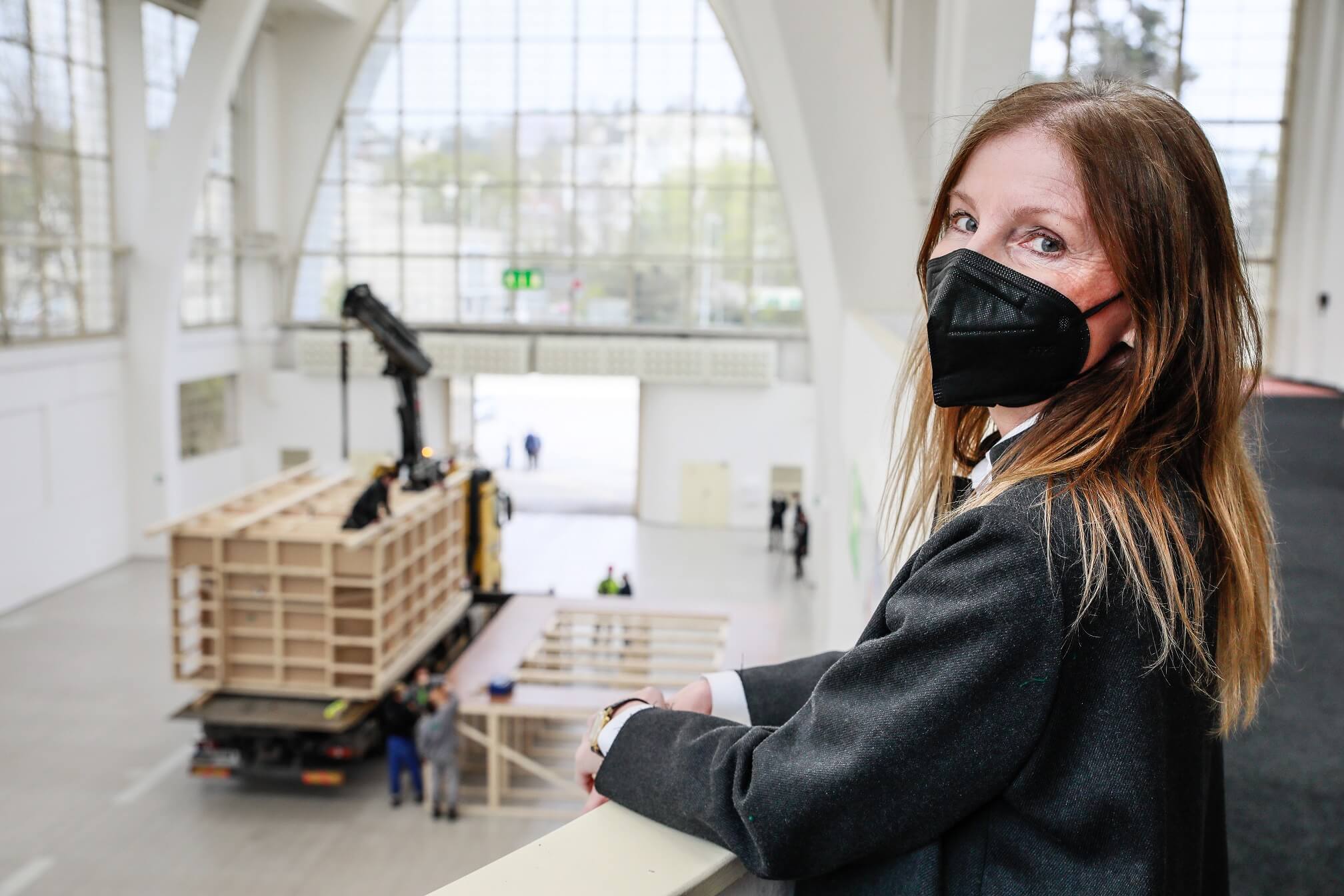 A new concert hall for the Filharmonie Brno has arrived. For the time being, of course, in miniature, but as an absolutely faithful copy. It arrived at the exhibition grounds in Brno today, where a team led by global acoustician Yasuhisa Toyota will carry out acoustic measurements and check its calculations.

“The miniature of the auditorium at the Janáček Culture Centre, of a scale of 1:10, was created in the autumn of last year in Mnichovo Hradiště, at a workshop that specialises in acoustic models. Acousticians were joined by designers, architects, model-makers, joiners and carpenters. The model is 5 metres x 3.5 metres in area and 3 metres in height,” says Mayor of the City of Brno Markéta Vaňková, who adds that: “Actually getting the model is a major milestone on the road of this strategic project for the city. We are thinking that as soon as all measurements on it have come to an end and it has been passed on to the investor, we would let the public see it, at least for the duration of construction. Ideally with a presentation of the new auditorium for Brno and with regularly updated information on the progress of work, and any interesting facts linked to it. We are now looking for the right place to put it.”

The model will be used to carry out precise measurements of the acoustic parameters in the auditorium. “The hermetically sealed model of the auditorium is entirely filled with nitrogen, one property of which is that sound spreads within in the corresponding ratio to the scale of the model, meaning exactly ten times slower than in the air. The aim of the measurements is to check that the calculated shape of the auditorium and the materials used will make sure of perfect acoustics. Over 1,200 figures made of extruded polystyrene will be placed inside the model during the measurements to simulate the acoustic absorption of the audience. For the very reason that the presence of people changes the acoustic parameters of the space,” explains Deputy Mayor of Brno Tomáš Koláčný.

The model is made of wood in such a way as to copy to perfection the properties of the materials intended for use – with the appropriate lacquers or their layering, for example. “The key factors are their reflectivity, absorption, attenuation, and reverberation time. The aim of the measurements is to enable us to achieve the perfect parameters in each individual seat. To put it simply, so that each individual place hears the same,” points out Director of the Filharmonie Brno Marie Kučerová.

“Preparing and working with an acoustic model is absolutely unique in the Czech Republic. Making the model was one of the conditions from the very outset of the project. The acoustics will take around three months to test and the results of the measurements will then be used to verify the acoustic properties of the auditorium, and make any adjustments to its parameters if required,” adds Councillor for Culture Marek Fišer.

“The model is based on the favourable acoustics of the architectural design that emerged from teamwork on the part of Ateliér Brno thanks to the inventiveness of architect David Přikryl and was created on the principle of the properties of a Voronoy diagram (in line with the mathematical principle of the diagram created by Georgy Feodosevich Voronoy), which provides mathematical and geometric order to the seemingly chaotic arrangement of acoustic surfaces. This principle was enthusiastically accepted by a team of acousticians led by Yasuhisa Toyota and is already accounted for in the model,” says Petr Hrůša from the Janáček Culture Centre project team.

Another part of the documentation required to carry out construction has also been submitted, specifically that to concern the concert organ, so that work can begin on selecting a maker. Preparation work on the tender to find a building contractor should get underway during the summer holidays, and the tender itself should follow on from the submission and checking of all documentation for the execution of building work, beginning in November 2021. It is expected that building work itself will begin at the end of the first half of 2022. The elected representatives of Brno last week approved the submission of an application for CZK 600 million from the sub-programme entitled Support for the reproduction of the property of regional cultural facilities, churches, and religious societies. It is this amount that the state should contribute toward construction. “The city itself, as the grant applicant, should contribute more than 48 % of the total costs, meaning more than 960 million. Brněnské komunikace is also involved in the envisaged structure of funds invested, its share in funding standing at 17 %, meaning more than 330 million – this is the money that was invested in what we refer to as the first stage, i.e. the underground car park,” Mayor Markéta Vaňková has said in the past, in that if everything goes according to plan, the structure should be able to open at the end of 2024.

Covid test point before the concert in the Janáček Theatre
15. 9. 2021