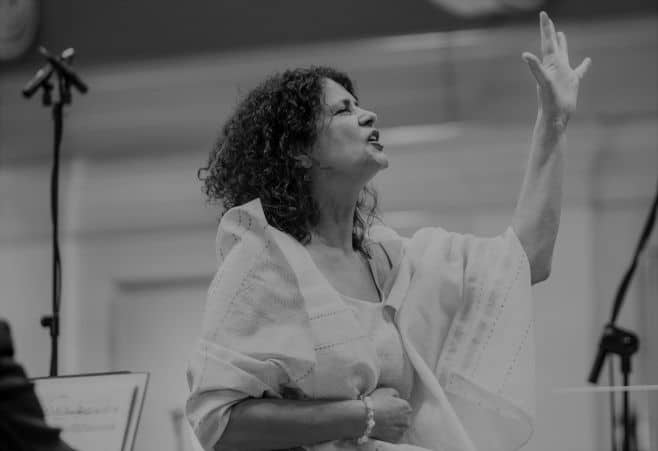 Monadologie XXXII – The Cold Trip pt. I, for four guitars and voices, based on Schubert’s Winterreise

Georg Friedrich Haas (1953) wrote the Quartet for 4 guitars for the Aleph Guitar Quartet and the Musikprotokoll in 2007. Composer about the piece says: As far back as my early pieces I have retuned instruments to create a representation of the harmonic series with the open strings. For aesthetic reasons the pure sound of the open strings demanded some degree of obfuscation. Hence the reason for detuning the 2nd guitar a twelfth-tone lower than the 1st guitar, the 3rd guitar two twelfth-tones (and sixthtone) lower than the 1st guitar, and the 4th guitar three twelfth-tones (a quarter-tone) lower than the 1st guitar. The music is driven by the contrast between the harmonic series and the pure chords derived from this and the freely composed microtonal space that consists of quarter- and sixth-tone passages.

The Brno-based composer, guitarist and teacher František Chaloupka (born 1981) is the director and instructor at the Guitar Institute in the city. In 2017, he composed his Guitar Quartet No. 1 “Aleph” (for the Aleph Gitarrenquartett) and subsequently used the same musical material in a setting for guitar and soprano, Lilith’s Aria. In 2018, he composed another standalone piece, Eve’s Aria for soprano and guitar, and the following year he developed this material into his Guitar Quartet No. 2, for the premiere of which at Moravian Autumn he added a vocal part for Iva Bittová, aware that she would be performing at the concert. Thus was born the work entitled Guitar Quartet No. 2 “Eve’s Aria”.

The Music for Marcel Duchamp for prepared piano belongs to a group of simple monotone works which John Cage wrote at the end of the 1940s and which have sometimes been considered to be a predecessor to minimalism, says Czech composer Martin Smolka, author of the arrangement of this piece for guitar quartet. The Music for Marcel Duchamp is especially quiet, fragile and delicate. The preparation instructions state the precise places for the placement of the rubber strips (weather stripping or window sealing gaskets) between the strings and the vibration nodes (for example, at a third of the length of the string). The sound of the key is magically divided and we hear both a subdued percussive sound and a harmonic tone at the same time. The predominantly monophonic loops delicately drum and are simultaneously shrouded by a graceful sonic aura from the harmonics. Two people play each tone in the guitar version. The drums are imitated by the guitar pizzicato, while the harmonics are rendered with harmonics.

Monadologie XXXII – The Cold Trip (2014/2015) by Bernhard Lang (1957) belongs to a cycle of some 40 pieces called the Monadologies, which represent metacompositions, using original scores from music history between the year 900 and today. While Monadologies XX and XXI already reference Schubert’s trios, The Cold Trip is a meta-composition based on Winterreise: part 1, for voice and 4 guitars, features songs I–XII of Schubert’s cycle; part 2, for voice, piano and laptop, features songs XIII–XXIV. The voice in both parts traces the lost lines of the songs, sometimes touching them if remembering.

Under the auspices of H. E. Bettina Kirnbauer, Ambassador of the Republic of Austria in the Czech Republic.

For financial support from the Goethe Institute.