Original music projects that have stood the test of centuries. Unique celebrations of the anniversary of Beethoven’s birth. Beyond this, an innovative combination of older and newer works, one of Filharmonie Brno principal traits: Schumann – Vasks, Brahms – Nejtek, Mendelssohn – Rautavaara. This is the upcoming 64th Philharmonic season, promising two world and three Czech premieres, and fresh Grammy award-winner Laurie Anderson on stage at Besední dům.

Celebrations of 250 years since Ludwig van Beethoven’s birth comprise one of the new season’s key themes. “World-renowned pianist, Elizabeth Leonskaja, will be playing all five Beethoven piano concertos over two weeks. Another unique feat will be the performance of all his cello sonatas and variations by our own cellists accompanied by our Principal Conductor on piano, over two concerts during one Sunday in February,” says Filharmonie Brno director, Marie Kučerová.

Principal Conductor, Dennis Russell Davies, will also lead the Ninth with Ode to Joy. With this piece, the Philharmonic will enter the 2020 year of Beethoven, and after a gap of almost three years, will return to the stage at Janáček Theatre. “I was there in April for Dvořák’s Rusalka. It’s a wonderful space and I’m really looking forward to performing there with the orchestra for the first time,” says Principal Conductor and Artistic Director Davies. The orchestra is returning to Janáček Theatre with five concerts – one New Year concert and two evenings in March and April. In mid-March, Maurice Ravel’s arrangement of Mussorgsky’s Pictures at an Exhibition is being performed, as well as Bohuslav Martinů’s Frescoes of Piero della Francesca and Hindesmith’s Mathis der Maler symphony. “We’re performing Martinů’s Frescoes with a visualisation produced in collaboration with the renowned festival, Ars Electronica, and this will be a world premiere, using cutting edge art technologies,” says Filharmonie Brno Dramaturge, Vítězslav Mikeš. One of the most intimate and most existential symphonies in the history of music – Mahler’s Ninth – will be performed as the third concert in the theatre. “We truly believe that with our Principal Conductor at the helm, this is going to be an extraordinary experience,” says Mikeš.

According to Mikeš and the Principal Conductor, the discovery of the season is the monumental oratorio Lenore, by Anton Reicha, who – like Beethoven, who was his friend – was born in 1770, such that the Philharmonic is commemorating the important anniversary of his birth too. “Lenore is a substantial stage tableau for soloists, choir and orchestra with the words of a ballad by Gottfried August Bürger. It is an engrossing and grand work with the same theme as Erben’s The Wedding Shirts. Because of this bold theme, Vienna censors banned it when it was produced, despite an appeal by Beethoven not to do so. The soloists will include amongst others sopranos Martina Janková, Pavla Vykopalová and baritone Jiří Brückler,” says Davies.

Exceptional experiences are also promised in two concerts by recent Grammy winner, Laurie Anderson, who is presenting the Czech premiere of her orchestral work, Amelia, in Besední dům, comprising meditative music with recited lyrics by Amelia Earhart, American aviator and the first women to cross the Atlantic Ocean, a woman who disappeared without trace during a flight across the Pacific in 1937. “I would also like to highlight the world premiere of a composition by Michal Nejtek we commissioned, Schnittke’s highly suggestive first cello concerto with Matt Haimovitz as soloist, Tüür’s homage to Beethoven, Phantasma, a composition to be played in its Czech premiere, and Rautavaara’s Cantus Arcticus, a concert for birds and orchestra,” says Mikeš of the programme’s highlights.

As well as in their Brno home, the Philharmonic will also be performing at national festivals and on international stages, with its traditional performance at the St Wenceslas Music Festival in Ostrava and at Smetana’s Litomyšl, with Plastic People of the Universe in the Wallenstein Garden and at Hradec Králové’s Music Forum. They will be appearing with their Principal Conductor at the Brucknerhaus in Linz, at Vienna’s Konzerthaus and at the Rhengau Musik Festival in Germany, while they will also be taking part in a large open air concert in Berlin in August.

Sales to current subscribers begin on 20 May. Places in all subscription series are reserved until 14 June. From 10 June, tailored Season tickets and individual tickets go on sale. For the first time this year, new subscribers can pay subscriptions online too, also from 20 May, and they are able to choose seats which are not reserved for current subscribers. We are also launching on-line sale of tailored Season tickets. Subscribers to Janáček Theatre also have seats reserved for the 61st season until 14 June. 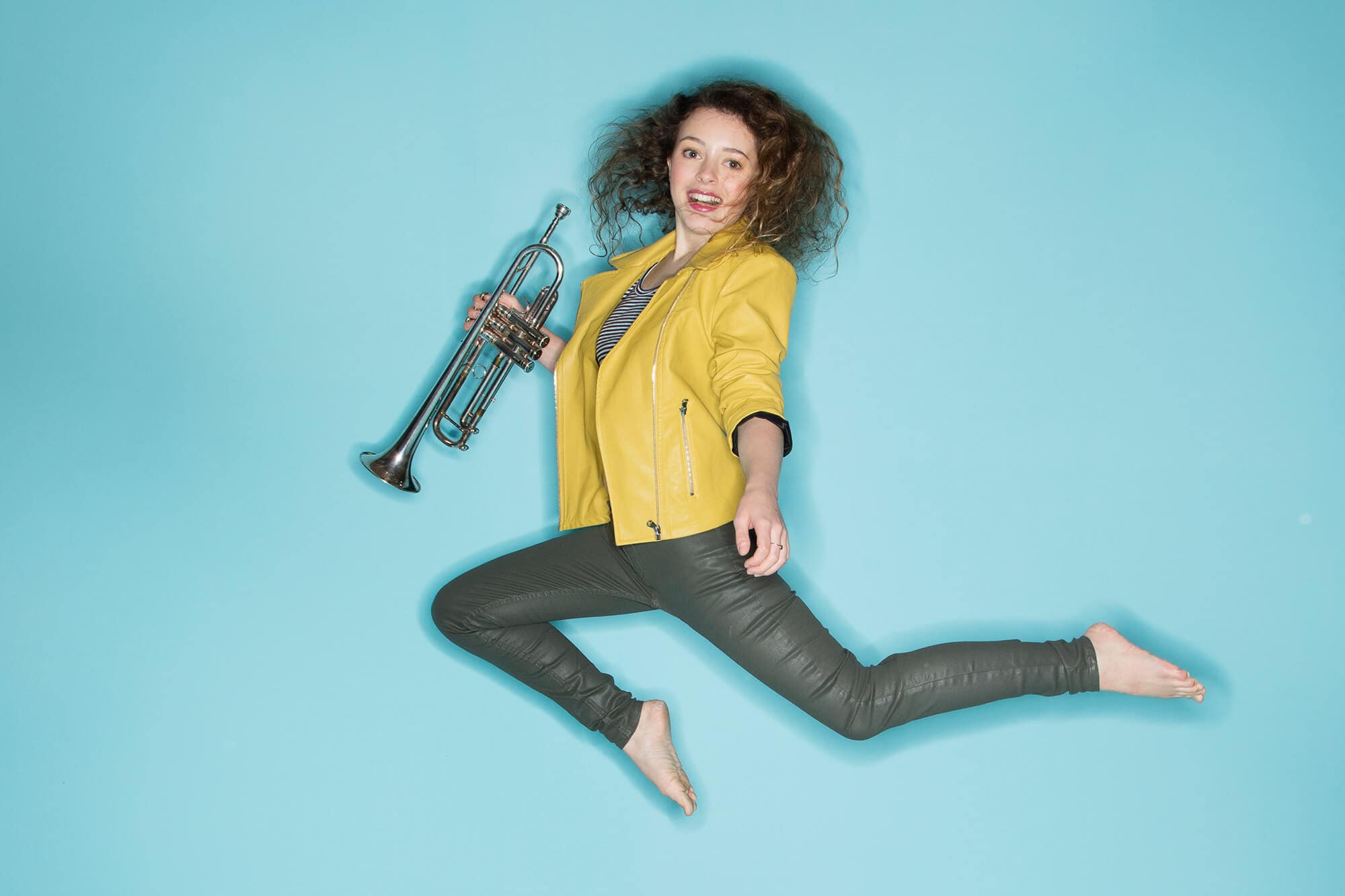 Lucienne Renaudin Vary introduces herself to the Brno audience not just as the soloist in Mieczysław Weinberg’s Concerto for Trumpet and Orchestra, but also as a musician with a feel for jazz in her first performance with the Czech Robert Balzar Trio, with whom she performs a programme of well-known jazz standards.

WHO IS THE MOST POWERFUL IN THE WORLD? / FS-JD 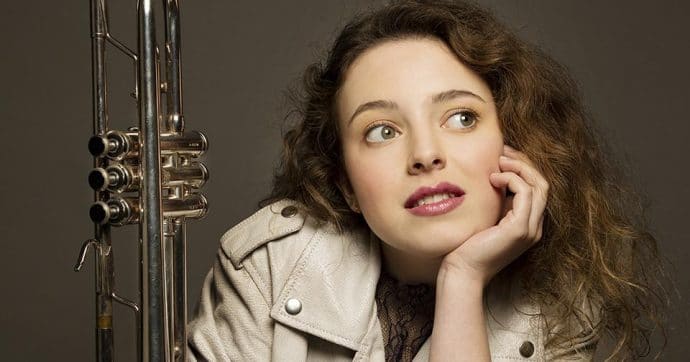 LEOŠ JANÁČEK From the House of the Dead, overture MIECZYSŁAW WEINBERG (MOISEY VAINBERG) Concerto for Trumpet and Orchestra, Op. 94 BOHUSLAV MARTINŮ Who is the Most Powerful in the World?, orchestral suite from ballet, H

From the House of the Dead, overture

Concerto for Trumpet and Orchestra, Op. 94

Who is the Most Powerful in the World?, orchestral suite from ballet, H 133 A 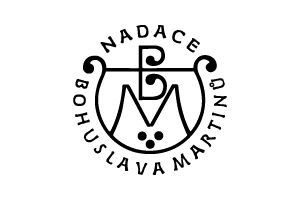 Tickets cannot be purchased in advance in Filharmonie Brno.

This year, the Filharmonie Brno educational offer to students of its Orchestra Academy, run since 2014, will be expanded with a new programme of masterclasses. These new sessions will be held primarily by the soloists of the season; for 2019/2020, three masterclass lecturers have been appointed: Milan Paľa (violin), Lucienne Renaudin Vary (trumpet) and Dominik Wollenweber (English horn and oboe).

Application for download: doc pdf
The deadline for applications is 31 January 2020
More about the lecturer here