Filharmonie Brno  Orchestra begins its 65th season. Back in Janáček Theatre, with a restored series of its own recordings

Filharmonie Brno Orchestra is entering its 65th season, with two subscription series in the Janáček Theatre, Czech and world premieres, internationally renowned soloists and in particular our now traditional dramaturgy linking together the music of older and more recent periods. We are continuing our celebrations of Beethoven’s anniversary and tours abroad are being planned, including to South Korea and Great Britain.

Our subscription series for the new season are returning to their form three years ago: two symphonies in Janáček Theatre and one chamber-orchestral in Besední dům. “Each concert is conceived so as to ensure it creates a unique musical experience. Even so, I would like to highlight two big names I am really looking forward to. The first of these is Renaud Capucon, and we’ll be enjoying his version of Korngold’s Violin Concerto in D major, and the second is tenor Christoph Prégardien, who will be performing Schubert songs,” says Director of Filharmonie Brno Orchestra, Marie Kučerová.

Both these concerts are being played under the direction of Chief Conductor and Art Director Dennis Russell Davies, who is beginning his third season at Brno. “I’m thrilled to be conducting two Czech premieres of the works of my close friends, who are amongst the most successful composers alive – Thomas Larcher and Philip Glass. The former case will be Symphony No. 3, entitled A Line Above the Sky, which he completed this spring. This came about through a joint commission by six European orchestras and institutions, including Filharmonie Brno Orchestra. The world premiere is to be on 9 May in Amsterdam, but nobody knows if it’s going to happen or not,” says Davies. He will also be conducting the first performance in the Czech Republic of Philip Glass’s Symphony No. 2, within one evening alongside Johannes Brahms’ Symphony No. 2 in D Major. Another programme of symphonies bearing the same number is being prepared for the fifth symphonies by Miloslav Kabeláč and Dmitri Shostakovich. This extraordinarily dramatic combination is being led by Filharmonie Brno Orchestra Permanent Guest Conductor, Robert Kružík.

Music-lovers can also look forward one piece commissioned by Filharmonie Brno Orchestra in its world premiere. Armenian composer Tigran Mansurian, whose Requiem enjoyed great success over two evenings this year in Brno, has composed an orchestral version of his quartet Agnus Dei on the initiative of Programme Manager Vitězslav Mikeš. This will be played in one evening alongside Alfred Schnittke’s Violin Concerto No. 3, played by violin virtuoso, Milan Pala. “The impulse for the evening’s dramatic composition was two extraordinary events of the concluding season. First of all, the massive success of Mansurian’s Requiem, and then Milan Pala’s incredible filling in, replacing a sick soloist at the last minute. Within a few hours, he had studied Vranický’s virtuoso Violin Concerto in C Major, enjoying standing ovations over three evenings. This unprecedented performance led to his invitation to our new season, this time with a piece closer to his style,” says Programme Manager, Vítězslav Mikeš. It is worthy of note that both Mansurian’s work and Schnittke’s composition are dedicated to legendary Russian violinist, Oleg Kagan. The concert will be conducted for the Brno audience by well-known conductor, Alexander Liebreich.

In 2020, the Philharmonic Orchestra will be continuing its Beethoven celebrations using unconventional formats. “At our first subscription concert in Besední dům, we’re showcasing this great composer through his three overtures bearing the same name of Leonora, framing exceptional pieces by Antonín Dvořák and my friend Arvo Pärt. The season’s opening concert at the cathedral in Petrov also includes Pärt, on the very day of his 85th birthday, alongside Bruckner’s monumental Fifth Symphony,” says Davies.

Following last year’s two chamber evenings, in which the Philharmonic Orchestra’s Chief Conductor accompanied violoncellists as pianist, the same format is being repeated this year with wind instrument players. He will also be playing in a duet with his wife, pianist Maki Namekawa with a programme featuring the works of Mozart and Shostakovich.

The Filharmonie Brno Orchestra has a number of domestic and international guest appearances in the new season. The first of these is a week’s tour in South Korea, and a number of days guesting in Austria and Germany during which the orchestra will be playing three concerts in Salzburg, in Bayreuth and in the Kölner Philharmonie. “We are going on all these tours with our Chief Conductor, and furthermore with a programme we helped to arrange, something which isn’t particularly common. These mostly involve a combination of Czech repertoire and contemporary authors,” says Filharmonie Brno International Manager, Pavel Šindelář.  In April next year, the orchestra is setting out on a series of ten concerts at prestigious concert halls in Great Britain, including in London, Edinburgh, Cardiff and Leeds.

Another new feature of this season is the publication of two CDs under our own name. The first of these will be the monumental oratorio Lenora by Antonín Rejcha, while the second recording will feature Dvořák’s Bagatelles amongst others.

Each of the subscription series in Janáček Theatre comprises four programmes over two evenings, while the series in Besední dům comprises six double evenings. In addition, eight extraordinary concerts have been arranged, including Opening, Advent, New Year and an educational concert for adults entitled Real Vivaldi. New this season, all concerts begin at 7 pm, including the subscription Jazz & World Music with six concerts. Also arranged are the popular Family subscription, and the Young Blood series of philharmonic academics. “Due to the current situation, we have also expanded online sales. All our subscriptions can now be purchased from the comfort of your home from 25 May at noon. A week later, i.e. on 1 June, we are also launching online sales of tailored season tickets, and all individual tickets,” says Kučerová. She adds that this year a ten percent First Minute discount is being offered for the first time to all those who purchase subscriptions by 19 June. This discount can be used in addition to other discounts, i.e. for senior citizens, children, students, etc. More information can be found in the catalogue, on Facebook and on the website filharmonie-brno.cz

See the catalog Program catalog of the 65th season

Record of the press conference on 21st April 2020

21st Špilberk International Music Festival To Go Ahead In August
6. 7. 2020 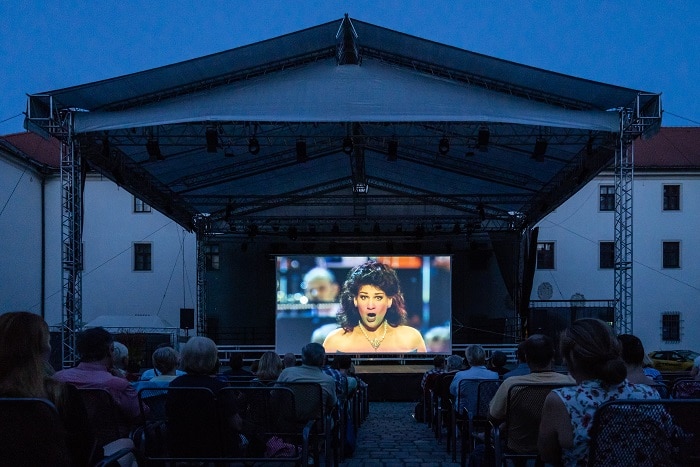 THIS CONCERT IS AVAILABLE THROUGH „CREATE YOUR OWN“. SYSTEM AUTOMATICALLY GIVES YOU DISCOUNT OF 20% for 2 different concerts   /   30% for 3   Le Concert de Paris 2019 BERLIOZ, BIZET, OFFENBACH, RAVEL, DVOŘÁK,

THIS CONCERT IS AVAILABLE THROUGH „CREATE YOUR OWN“. SYSTEM AUTOMATICALLY GIVES YOU DISCOUNT OF 20% for 2 different concerts   /   30% for 3 The story of kRok za kRokem is a symbolic

The story of kRok za kRokem is a symbolic picture of a person’s life, accompanied by Jiří Slavík’s music with folk inflections. Despite the unusual mix of inspiration from various music and dance styles, the project is firmly anchored in traditional folklore, as is the custom with Ondráš.

In collaboration with Maraton hudby Brno. 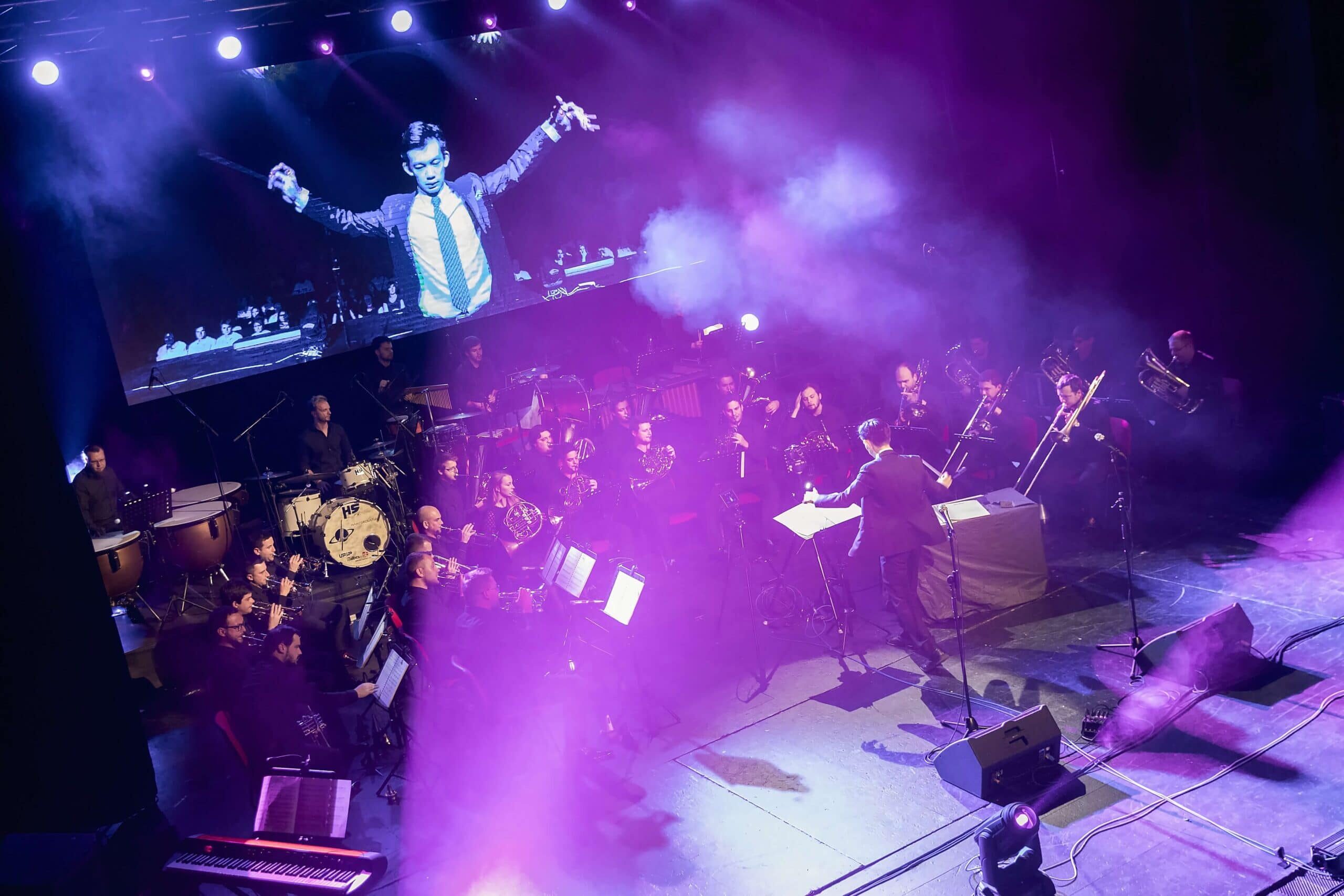 THIS CONCERT IS AVAILABLE THROUGH „CREATE YOUR OWN“. SYSTEM AUTOMATICALLY GIVES YOU DISCOUNT OF 20% for 2 different concerts   /   30% for 3   GUSTAV HOLST, arr. STEPHEN ROBERTS  The Planets, arranged for brass

The Planets, arranged for brass orchestra

PICTURES AT AN EXHIBITION / Špilberk Festival

THIS CONCERT IS AVAILABLE THROUGH „CREATE YOUR OWN“. SYSTEM AUTOMATICALLY GIVES YOU DISCOUNT OF 20% for 2 different concerts   /   30% for 3   MODEST MUSSORGSKY / arr. MAURICE RAVEL Pictures at an Exhibition BOHUSLAV MARTINŮ Frescoes of

Pictures at an Exhibition