OPENING CONCERT OF THE SEASON 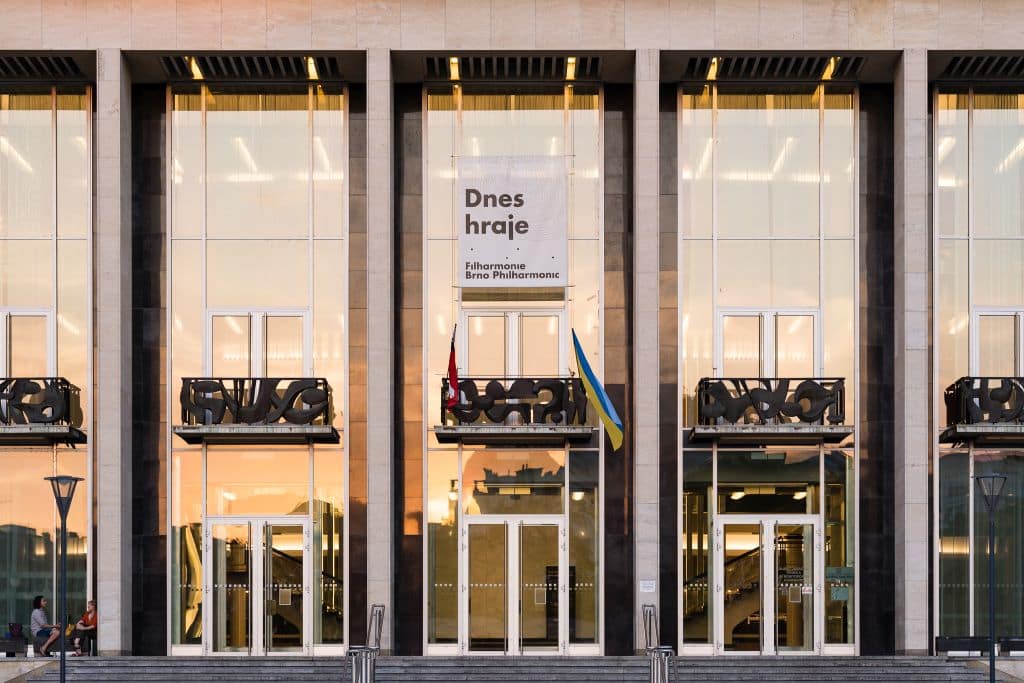 Filharmonie Brno enters its 67th season once again under the baton of its chief conductor, Dennis Russell Davies, for whom this will be the fifth season at the helm of

Filharmonie Brno enters its 67th season once again under the baton of its chief conductor, Dennis Russell Davies, for whom this will be the fifth season at the helm of our orchestra. The three preceding seasons were afflicted by the coronavirus pandemic, after which nobody expected to have to live through an even worse disaster and for people to be direct participants in, or witnesses to, something so unimaginable in the 21st century.

Privately, Dmitri Shostakovich (1906–1975) often noted that Leningrad had experienced its own apocalypse even before the war and that it was to these victims too that he dedicated his symphony, a gesture which has been abused as a symbol and a celebration of the heroic defence of Leningrad besieged by the Germans. With this performance of Shostakovich’s Seventh Symphony, we express our unequivocal rejection of all military aggression and repression whether at home or abroadeople in Russia who risk speaking out against the war in Ukraine.

The broad anti-war focus of the season’s opening concert is reinforced by Bohuslav Martinů’s (1890–1959) Memorial to Lidice that completes the programme. Lidice became a symbol of the monstrosities of fascist aggression. Martinů’s work is a meditation on the fate of the innocent victims of war, a contemplation elevated to a universal humanistic message by its quotation of the “Fate” motif from Beethoven’s Fifth Symphony.

Concert will be without break.

A concert program can be downloaded here.

The cast of the orchestra can be downloaded here.