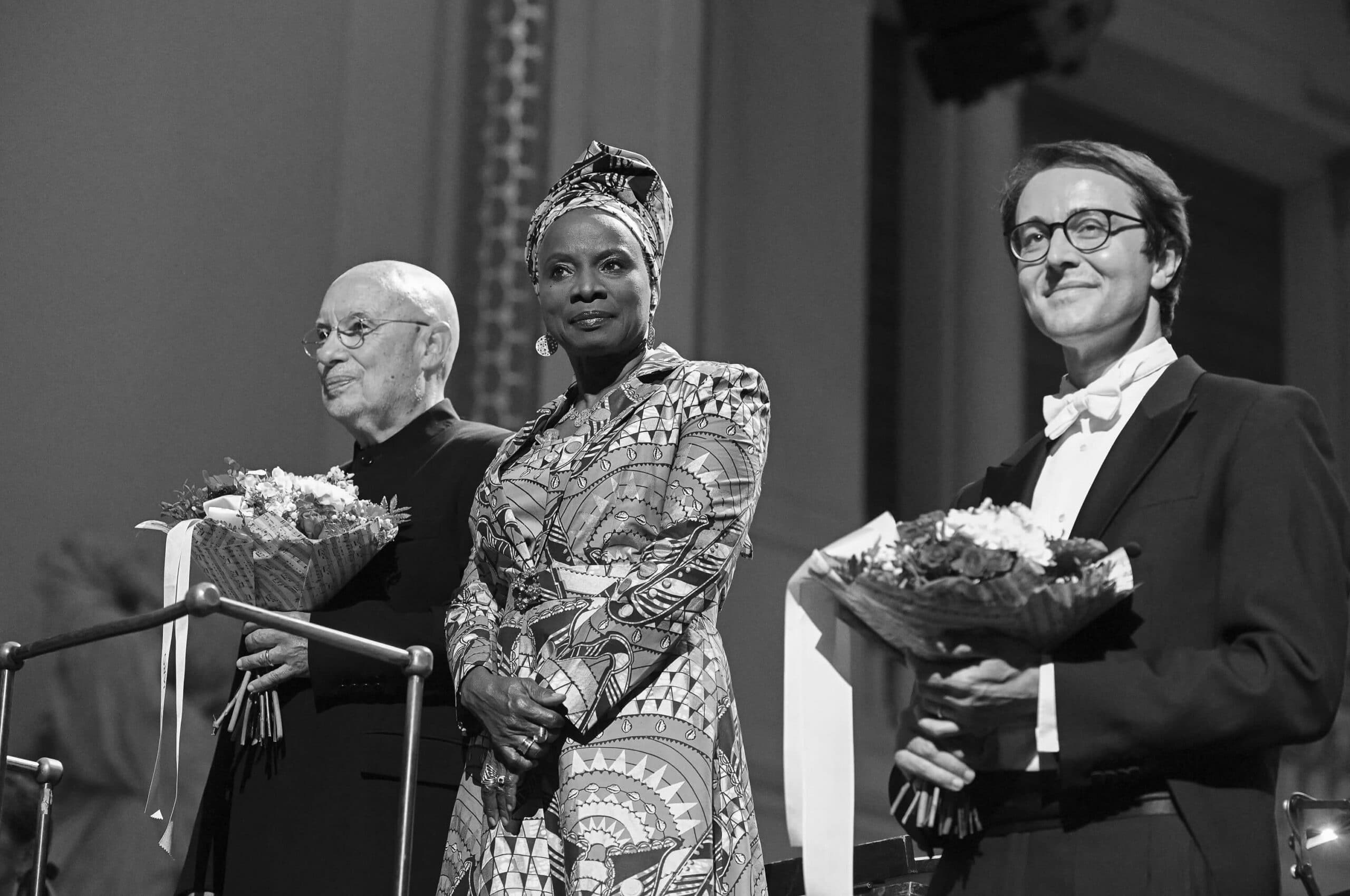 The opening concert of Moravian Autumn 2021 could not start more characteristically: it is introduced by the Philharmonic Dances, composed by Jan Novák (1921–1984) for Filharmonie Brno in 1956, the year the orchestra was founded.

Nachtmusiken, a distinctive, polystylistic work in five movements, was written by Kurt Schwertsik (born 1935), one of Austria’s most noted contemporary composers, in 2010. The name refers to the two “night musics” of Mahler’s Seventh Symphony and Mozart’s Eine kleine Nachtmusik, suggesting the nature of the work, which oscillates between the weightiness of a symphony and the lightness of a serenade.

Philip Glass (born 1937) long neglected the traditional genre of the symphony, and only composed his first aged 55. Today he has 12 distinctive symphonies to his name, of which the most recent, Symphony No. 12 “Lodger”, premiered in January 2019 by the Los Angeles Philharmonic under the baton of John Adams at the Walt Disney Concert Hall, completes his trilogy inspired by the famous “Berlin” albums made in the 1970s by David Bowie, Brian Eno and the American producer Tony Visconti. While Symphony No. 1 “Low” (1992) and Symphony No. 4 “Heroes” (1996) use the music from the legendary records as the foundation for Glass’s purely instrumental pieces, of the album Lodger Glass adopted only the lyrics, which he set to his original music in a vocal symphony. The performers are the Beninese star of world music and three-time Grammy winner Angélique Kidjo, for whom Glass wrote the work, and the German organist Christian Schmitt. Filharmonie Brno will be led by Chief Conductor Dennis Russell Davies, a friend and artistic partner of Glass for many years. The same forces were combined in the first Czech performance of the symphony at the Prague Spring festival this year, but that was only streamed, with no audience in the hall.

Under the auspices of H. E. Bettina Kirnbauer, Ambassador of the Republic of Austria to the Czech Republic.